New pictures have been shared on Reddit by user RyujinJokka of the new device which is beginning to arrive at customer’s doors.

It appears the T-Mobile variant of the FastMile has moved the ports to the back, and only has 2 LAN ports with no WAN port. As expected, there is no external antenna array.

T-Mobile has also launched a support document containing basic info about the device and setup at this url.

Interestingly, the redditor states that the 5G gateway does appear to connect to 5G frequencies, specifically n71. They state that on LTE they usually get less than 25Mbps down on their phone, whereas with 5G enabled they get 60-100. This seems to suggest the new home internet gateway does indeed have 5G enabled. Previous information suggested that the device would not have 5G enabled until much later in 2021. Either way, the customer is currently hitting about 130Mbps download and about 30Mbps upload. A separate reddit user indicates speeds of over 200Mbps down on an n41 connection. Not too shabby for $50/mo.

RyujinJokka provided some screenshots of the UI, shown below.

One notable inclusion is mention of a “Mesh Wifi 6 System” which seems to be referring to Nokia’s “Beacon” system, specifically “Beacon 6”. It’s unknown if T-Mobile will provide these mesh nodes for the new gateway in the future.

Special thanks to reddit user RyujinJokka for the images and info. Previous story below.

According to a user on Reddit, the new 5G modems made by Nokia are beginning to ship out to new T-Mobile Home Internet customers.

The new 5G Modems passed through the FCC back in late July with support for every band T-Mobile owns. The unit appears to be a custom version of the Nokia FastMile. The FastMile has been in use since all the way back in February of 2019 in Australia on the Optus network. It contains a large array of internal antennas, but does not appear to support an external antenna hookup. 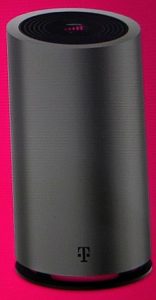 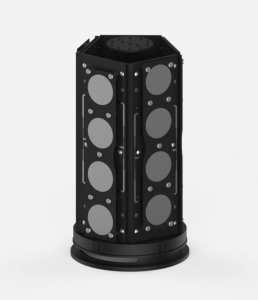 So far it appears the new modems will only use an LTE connection upon delivery and that 5G access will be enabled later this year. T-Mobile has not yet shared pricing details for 5G home internet, but the assumption so far is they will stick with the same $50/mo pricing that current customers have.

T-Mobile stands to seriously disrupt the home internet market with this new device and service. Are you looking forward to 5G home internet? Let us know in the comments below!